The Congregation of the Franciscan Sisters of the Heart of Jesus was the first female Congregation founded in the Maltese Islands. In 1877, a young girl from the Parish of St. George Martyr at Victoria, Gozo, Maria Carmela Xerri, inspired by the book “The Bride of the Sacred Heart” written by the Italian priest, Fr. Gaspare Olmi, and with the help of the Jesuit Father, Pietro Degiorgi a teacher at the Diocesan Seminary of Gozo, formed an Association “The Twelve Stars of the Sacred Heart”.  The aim of the Association was to glorify the Sacred Heart of Jesus and to do reparation for the offences that the Sacred Heart receives from Mankind. The members were encouraged to value the virtues of humility, purity, and charity. Their aspiration was to strive hard to become saints through prayer, by living the sacraments, cultivating true devotion to the Blessed Sacrament and cherishing Marian devotion.

Since the group formed part of St George’s Martyr Parish, Victoria,  Fr Joseph Diacono, a young priest, was given charge of the Group.  He was a zealous priest and worked hard to promote spirituality in the group.    Initially, the group used to meet at the house of Ms Xerri but as the group was flourishing, the place was not adequate and started gathering in the Church of St Savina, in Victoria. They used to meet regularly every first Friday of the month. Gradually the group started meeting more frequently.  After some time, Fr Diacono rented a house at Għajn Qatet street, Victoria, which he named as ‘The House of Charity’. Fr Diacono not only insisted on the spiritual formation of the group but also led it to apostolic and social care of the poor young ladies of the Island.

A young girl from Kercem, Gozo, Virginia De Brincat, who later became Mother Margherita of the Heart of Jesus, having finished her primary education, used to go frequently on foot from Kercem to Victoria for private lessons in Italian and French. During such visits she used to pay a visit to Jesus in the Parish Church of St. George, where she heard about this new association and immediately resolved to become a member, thus making her first authentic encounter with the Heart of Jesus. In fact, we know that she joined this association on the 8th December 1877.

Through the work of Fr. Joseph Diacono, in 1880, the Association evolved in a Religious Congregation with the name of “Franciscan Tertiaries”, which, in 1937 was changed to that of “Franciscan Sisters of Malta”.  On the 15th of August 1880, eight young ladies who were members of the Third Order of St Francis started living together in the House of Charity.  They were helped by a set of guidelines prepared by Fr Diacono, which continued to be renewed throughout the years. It was for this reason that Fr Diacono was known as the Founder.

On the 1st of September 1880, the group was approved by Bishop Peter Pace. By the time the group was formed of twelve young ladies who started their formation for their First Profession. On the 18th of October 1880, they started their postulancy as Franciscan Tertiaries.  Their dress was grey with a black rope and a white veil.  When they used to go out, they used to put on a black veil.  On the 15th of August 1881, they started their novitiate, while the First Profession was in August the following year.

On 6th May 1886, after various insistence on the part of Diacono, Bishop Mgr. Pietro Pace officially consigned the Rule of the Third Order Regular of St Francis together with the Constitutions to the young community.

On 5th February 1881, Virginia left her father’s house at Kercem to start her religious formation and entered the House of Charity in Għajn Qatet Street, Victoria. On the 20th February of the same year, she began her Novitiate as Mistress Virginia of the Blessed Margaret. This was her first official personal relationship with the Heart of Jesus, because like the Blessed Margaret Mary Alacoque who was canonised later, in May 1920, Virginia wanted to be an apostle of the Heart of Jesus. On 8th December

It was probably on the 8th October 1887, Mother Margherita was called in a supernatural way to leave the House of Birkirkara where she was residing and go to Gozo where Father Joseph Diacono who due to financial problems, was about to dissolve the Congregation and she humbly accepted the burden of the religious family.

The Beginning was hard and difficult: poverty, simplicity, joy, a fraternal spirit and total abandonment to the will of Him who is Love characterized the life of the Foundress and of her first sisters. It was when Mother Margherita was general superior, that the Congregation spread beyond the frontiers of the Maltese archipelago: in 1907 the House of Corfù was opened to give spiritual assistance to the many Maltese who had emigrated there. In 1922 the first two houses were opened in Sicily, Italy. In 1927, Mother Margherita, as a member of the general Council supported enthusiastically the opening of the first house in Ethiopia.

Above all, Mother Margherita deserves credit for having given to the Congregation its valuable charism centred on LOVE, while she guided it for many years. Till the end, she continued to mould her Institute by her example and her teachings. It was this which helped the Congregation gradually to realize its true identity and charismatic maturity. Many houses were opened in all the continents, and according to the norms inspired by the Second Vatican Council, the present name of “Franciscan Sisters of the Heart of Jesus” was chosen.  The Franciscan Sisters are presently in Malta/Gozo, United Kingdom, Italy, Jerusalem, Corfù, Australia, Brazil, Pakistan, Philippines, Ethiopia and Kenya. 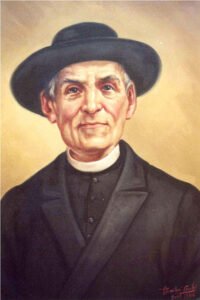 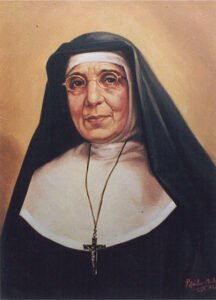 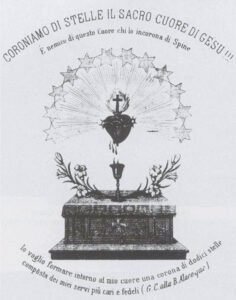 The Emblem of the Group of the Twelve Stars 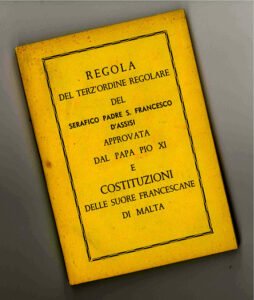