Fr Joseph Diacono was born in Victoria, Gozo, on 16th of August 1847, in the house of Angelo Diacono and Maria Cassar.  He was baptized on the same day in the Parish of St George Martyr, Victoria, by the Vice Parish priest Fr Lorenzo Cutajar.  He was given the names of Giuseppe, Antonio, Serafino and Giorgio. His godfathers were Luigi and Luigia Bezzina. On 30th of October 1856, he received the sacrament of Confirmation by His Excellency Mgr. Giuseppe Maria Bravi. The dearest day of Fr Diacono was when he was ordained a priest in the Cathedral of St Mary of Gozo on 4th March 1871 by Mgr Anton Grech Delicata, Bishop of Gozo.

On 1st of February 1876, he became the Vice Parish Priest of St George’s Martyr in Victoria.  Two years later he was appointed Spiritual Director of The Association of the Twelve Stars of the Sacred Heart.  Through the work of Fr. Joseph Diacono, in 1880, the Association evolved in a Religious Congregation with the name of “Franciscan Tertiaries”, which, in 1937 was changed to that of “Franciscan Sisters of Malta”.  On 15th of August 1880, eight young ladies who were members of the Third Order of St Francis started living together in the House of Charity.  They were helped by a set of guidelines prepared by Fr Diacono, which continued to be renewed throughout the years. It was for this reason that Fr Diacono was known as the Founder of the Franciscan Tertiaries. On 1st of September 1880, the group was approved by Bishop Mgr. Pietro Pace.

On 12th May 1882, Fr Diacono was appointed Parish Priest of The Sanctuary of the Immaculate Conception in Qala, Gozo.  Few days after his investiture as Parish Priest of Qala, he started to search for a plot of land where he could build a new church. On 15th June 1881, he bought a plot of land called “Della Croce”.  He himself made the design of the new church and on the feast of St Joseph, 19th March 1882, the first stone was laid by His Excellency Mgr. Pietro Pace, Bishop of Gozo.

On 27th November 1884,  the first stone for the building of the church designed by Fr Diacono, dedicated to Our Lady of the Sacred Heart of Jesus annexed to the House of Charity at Palm Street Victoria, where the new Franciscan Tertiaries were living, was blessed by Rev. Canon Giovanni Saliba.  Fr Diacono had opted for this second house since the one of Għajn Qatet street, Victoria had become small for the new growing Religious Congregation.

It was probably on 8th October 1887, Mother Margherita was called in a supernatural way to leave the House of Birkirkara where she was residing and go to Gozo where Father Joseph Diacono who due to financial problems, was about to dissolve the Congregation and she humbly accepted the burden of the religious family. After this incidence, Fr Diacono focused more on his pastoral work while  Mother Margherita took charge of the Religious Congregation.

On 13th January 1889, Fr Joseph Diacono blessed the new church of Qala, dedicated to St Joseph. On 18th January of the same year, His Excellency Mgr. Giovanni Maria Camilleri, Bishop of Gozo, transferred the Parish from the church of the Immaculate Conception to the new one.  On 30th August 1891, Fr Diacono was appointed Parish Priest at Xagħra.  After a short time, he rented a house in the Church square and organized a school lace and of weaving.  The house was called “Industrial House”.  He used to organize performances and drama in the big yard of the house in order to educate the people entrusted in his care. On 17th May 1892, Fr Diacono designed the dome of the Church of Xagħra.  He directed the work of this construction with great skill, so much so that the dome was ready by the 28th October 1892. On 18th February, Fr Diacono was nominated the first Archpriest of the Parish Church of Xagħra dedicated to Maria Bambina.

In 1909, after terminating his post as Parish Priest of Xagħra, Fr Diacono went to reside at 10, Via Casal Caccia, Victoria.  During this time he opened another “Industrial House” in Racecourse Street, Victoria, where the art of weaving and lace was taught free of charge to the poor girls.  The work was done on his designs and he used to be their teacher.  Toward the year 1916, through the teachers of the House of Charity of Victoria, he started to give similar lectures in St Christopher Street, Valletta,  and later in Republic Street, Valletta, where today stands the Palazzo de la Salle.

In the meantime, Fr Diacono still held the title of Honorary Canon of Xagħra.  He used to celebrate the daily mass at Saint Savina Church, Victoria, where there was perpetual adoration. People recall that he used to celebrate mass with great devotion and distributed Holy Communion with great calmness and respect.  In July 1924, Fr Diaconowas seriously ill and confined to bed.  A good lady, perhaps one of his relatives, gathered children around his bed to pray with him and for him.  His last desire was that he will be buried in the Church of the Capuchin Friars at Victoria. He wanted to be buried as confessor, that is with the cassock, the surplice and a purple stole. It was not the custom for the priest to be buried in that way.  Fr Diacono, who had designed so many albs for others, did not have a good one for himself. On 20th July 1924, Fr Joseph Diacono got worse and received the Holy Viaticum and the Last Rites by the parish priest of Victoria, Rev. Fr Carmel Hili.  He passed away on the 22nd July at 19:15 surrounded by many people amongst whom the Franciscan Sisters of the Heart of Jesus, particularly by Mother Margherita De Brincat. He was so poor when he died that he did not even have a suitable sheet for his burial.  The sisters ran to the Mother House to bring one. His wish to be buried at the Capuchin Friar was not granted since the Canons of the Collegiate of Xagħra wanted him to be buried in their Church where his remains still lie.

Fr Diacono was a great benefactor to the Maltese society. It was through his great ability that he helped to overcome poverty by teaching skills to the people, namely lace and weaving so that they were able to earn their living. He was a generous priest who gave all his belongings to those in need and a great supporter of the Franciscan Sisters of the Heart of Jesus. 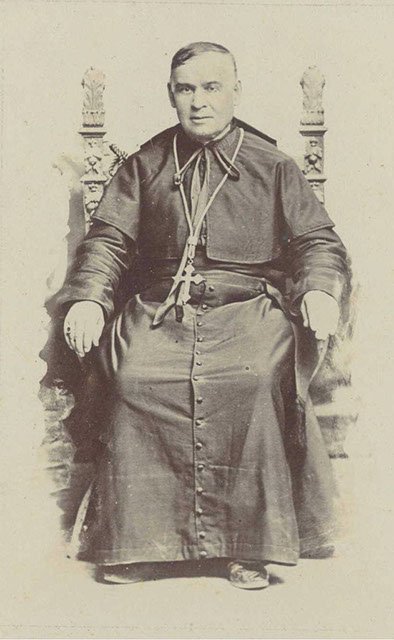 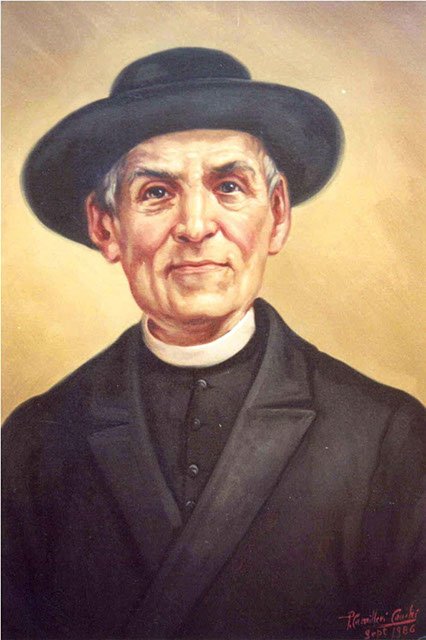